Abu Tbeirah Team – who has written 86 posts on Abu Tbeirah. 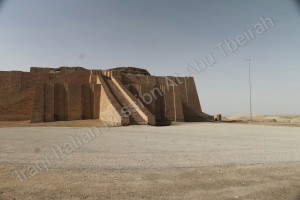 In 1625, the site was visited by Pietro della Valle, who recorded the presence of ancient bricks stamped with strange symbols, cemented together with bitumen, as well as inscribed pieces of black marble that appeared to be seals.
The site was first excavated in 1853 and 1854 by John George Taylor, British vice consul at Basra from 1851-1859. He worked on behalf of the British Museum. Taylor found clay cylinders in the four corners of the top stage of the ziggurat which bore an inscription of Nabonidus (Nabuna`id), the last king of Babylon (539 BC), closing with a prayer for his son Belshar-uzur (Bel-ŝarra-Uzur), the Belshazzar of the Book of Daniel. Taylor further excavated an interesting Babylonian building, not far from the temple, part of an ancient Babylonian necropolis. All about the city he found abundant remains of burials of later periods. Apparently, in later times, owing to its sanctity, Ur became a favorite place of sepulchers. After Taylor’s time the site was visited by numerous travelers, almost all of whom have found ancient Babylonian remains, inscribed stones and the like, lying upon the surface. The site was considered rich in remains, and relatively easy to explore. After some soundings were made in 1918 by Reginald Campbell Thompson, H. R. Hill worked the site for one season for the British Museum in 1919, laying the groundwork for more extensive efforts to follow. Excavations from 1922 to 1934 were funded by the British Museum and the University of Pennsylvania and led by the archaeologist Sir Charles Leonard Woolley. A total of about 1,850 burials were uncovered, including 16 that were described as “royal tombs” containing many valuable artifacts, including the Standard of Ur. Most of the royal tombs were dated to about 2600 BC. Between them stands out the tomb of a queen, known as Queen Puabi (the name is known from a cylinder seal found in the tomb, although there were two other different and unnamed seals found in the tomb). Many other people had been buried with her, in a form of human sacrifice. Near the ziggurat were uncovered the temple E-nun-mah and buildings E-dub-lal-mah (built for a king), E-gi-par (residence of the high priestess) and E-hur-sag (a temple building). 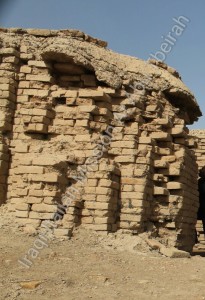 Outside the temple area, many houses used in everyday life were found. Excavations were also made below the royal tombs layer: a 3.5-metre (11 ft)-thick layer of alluvial clay covered the remains of earlier habitation, including pottery from the Ubaid period, the first stage of settlement in southern Mesopotamia. As a result the ruins of the ancient city attracted many visitors. One of these visitors was the already famous Agatha Christieh

A major Sumerian city, famous for the lavish graves of the Royal Cemetery, the massive Ziggurat, and as capital of the Ur III dynasty.
Ur was a sea-port a and because of marine regression, the remains are now well inland in present-day Iraq. Although the earliest layers at Ur have not been excavated and are known primarily from pottery and tools, the Sumerian King List describes Ur as the seat of several dynasties in the Early Dynastic period . The first would be contemporaneous with the Royal Cemetery (circa 2600 BC) graves, which included Meskalamdug and Pu-Abi, presumably king and queen, which were found laden with magnificent jewelry, weaponry and vessels of gold, silver, lapis, and carnelian, and the graves of hundreds of retainers, soldiers and ladies-in–waiting. 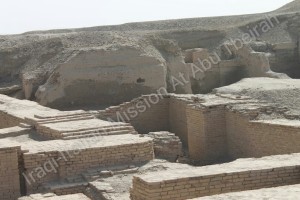 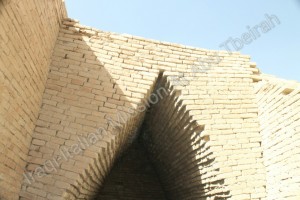 Nanna (Sin, Sumerian for “illuminator”) the moon god, was the patron god of Ur and his high priestess (entu) was a very important office, held by daughters of kings, such as Enheduanna , daughter of Sargon. The Ur III (2100-2000 BC) dynasty built extensively, including a large ziggurat that is the best preserved in Mesopotamia. The temple, a huge stepped platform, was constructed during the 21st century BC by King Ur-Nammu. In Sumerian times the ziggurat was called Etemennigur. Ur was also the traditional home of the biblical patriarch Abraham (Gen. 12:4-5); the city is known in the Bible as Ur of the Chaldees. This biblical name refers to the Chaldeans, who settled the area about 900 BC.

The site is the most easy to be visited by tourists  indeed, this is the most famous and most sought-after archaeological area of entire Iraq. Its location, inside a military base since the ‘70s has prevented the looting and during the war of 1991 only minor damages have been reported (none of them visible today) . It was put outside the military area only in 2009 by the American Army which was occupying the Tallil base. With the financial help of the PRT Program system some improvements to the accessibility of the site have been made between 2004 and 2010 (among them the building of a house to welcome tourists, used now by the archaeological teams working in the area, and the creation of a wooden walk-way leading from the Ziqqurat to the Royal Tombs of the Ur III Period which now is being prolonged to the house of Abraham). On occasion of the possible visit of the Pope in the next future, some rehabilitation works are being carried on. First of all in front of the entrance gate a parking area is being prepared, which should welcome the cars of the tourists. A series of prefabricated little laminate white houses has been placed at a distance of 300 m west of the Ziqqurat on a reinforced concrete platform. The visual impact is quite negative and it is strongly recommended to free the area from these structures. 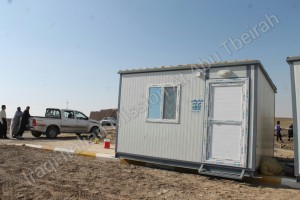 Other structures which do hamper the aesthetic fruition of the monument are represented by electricity poles which run directly in front of the Ziqqurat and by four concrete umbrellas which stand directly in front of the court of Nanna (they were thought as a rest area for tourists but, beyond the ugly impact on the site, they also represent a danger because of their bad conditions of maintenance). 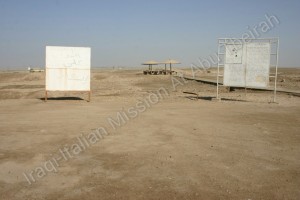 The most important critical aspect for the rehabilitation of the site is represented by the huge. 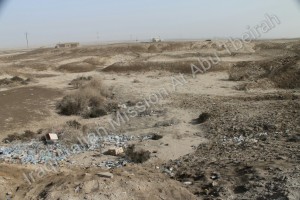 Other more technical interventions on the archaeological remains are represented by :
1. the cover in concrete of the Edublamah, which was put by Woolley himself in the ’20s, that should be removed and changed with a lighter cover made by perishable material (wood and reeds), easily yearly renewable;
2. the Royal mausoleums of the Ur III dynasty risk to collapse and the structure should be reinforced; moreover, the area is now not easily accessible and risky for the visitors.

The Ziqqurat (2100 BC), over 25 m high, restored by Taha Baqer in the ‘60s (notwithstanding some historical critics, the restoration appears quite impressive to the visitor), and the Dublamakh (1400 BC in its present form), in the East side of the Court of Nanna, represent the best preserved monuments of the site. The Ganunmakh, the plan of the palaces of Shulgi and Amar-Suena (2100 BC), and the House of the Royal Women are visible only in their planimetry. The visit to the Ur III Mausoleums is very suggestive, and of a high religious interest is the stopover in front of the reconstructed and so-called “House of Abraham”. 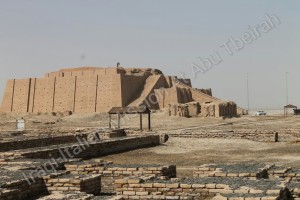 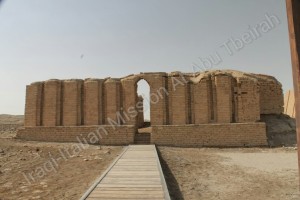 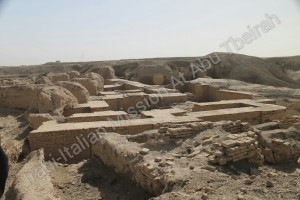 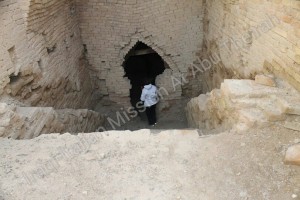 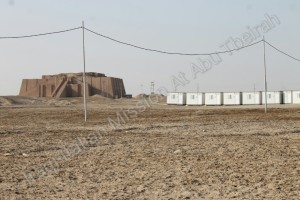